Bob and Laura attended the celebration tea where several of the local organisations gathered together to collect their certificates and tell everyone a little about their respective clubs or organisations and how the funds received would help.

This funding was organised and distributed by West Dorset District Council but with the unification of local councils, it is hoped that Bridport Town Council will continue with this very important funding stream.

It was a very interesting afternoon hearing all the good works going on within the community.  The attached photo shows a happy group of people with their certificates albeit rather windswept! 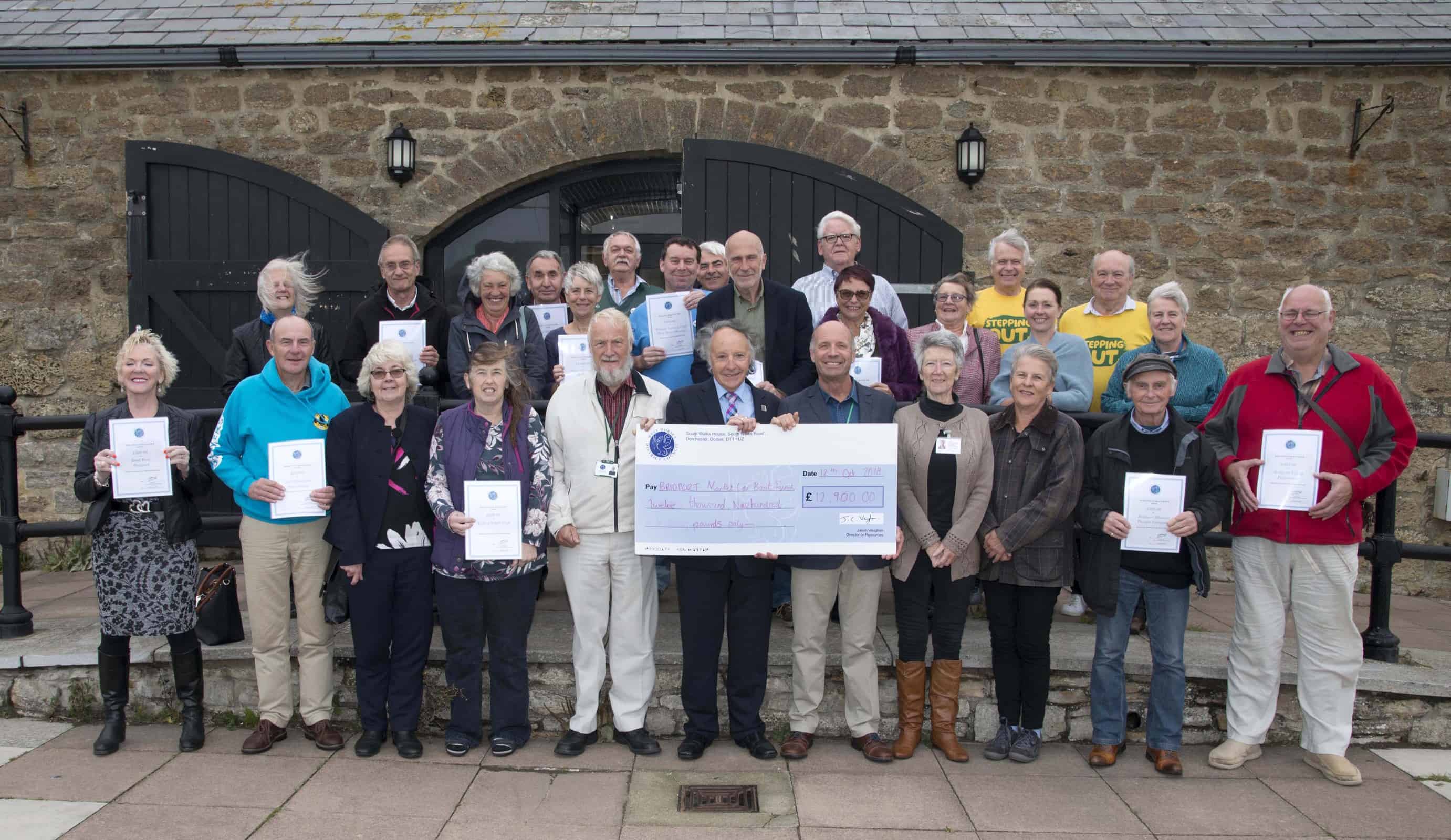 Please note the above date for your diaries.  The bar will be open earlier so you will have the opportunity to chat and catch up with friends.

Below is a link to all the officers reports for you to read and/or print as you wish.  The agenda will follow. 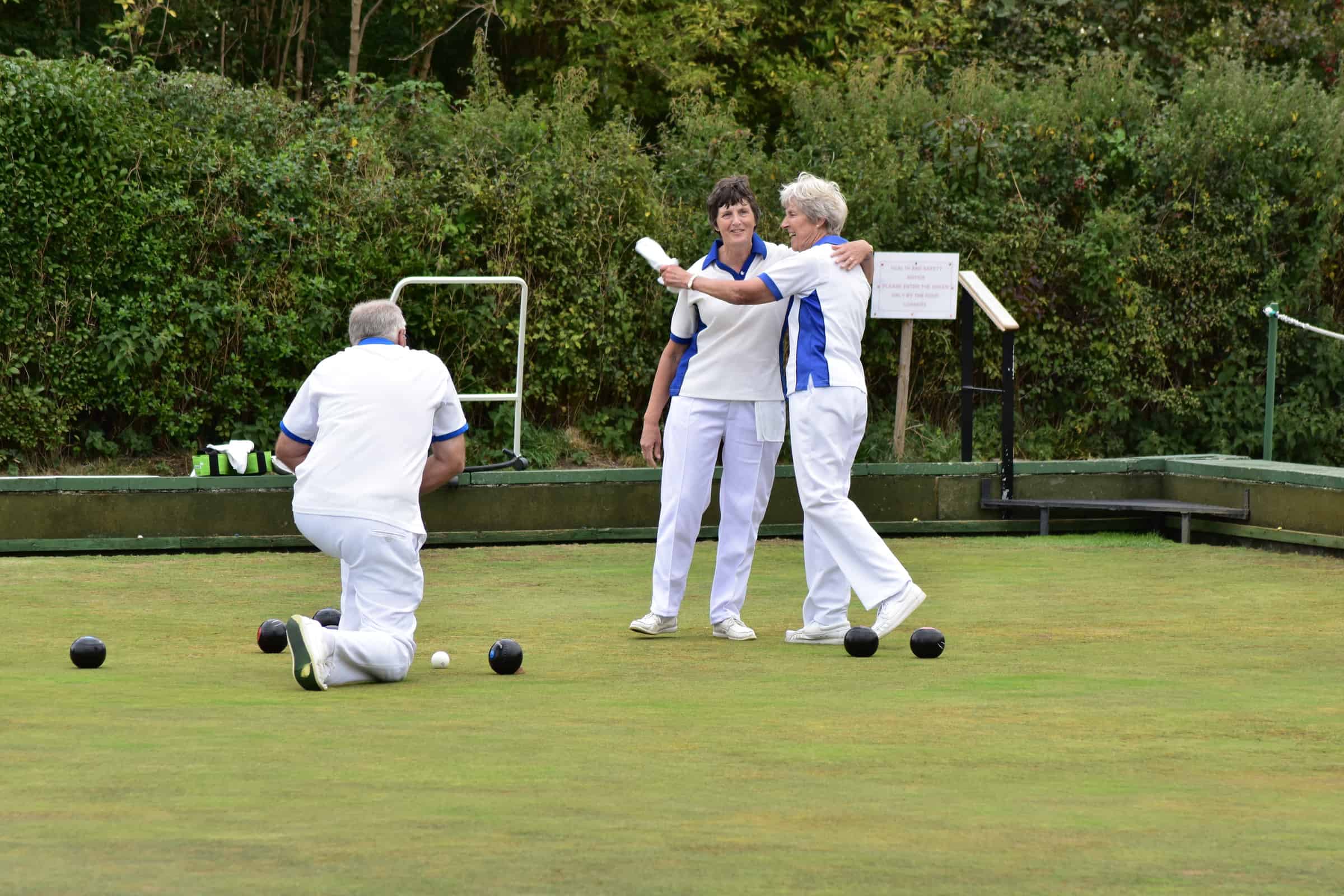 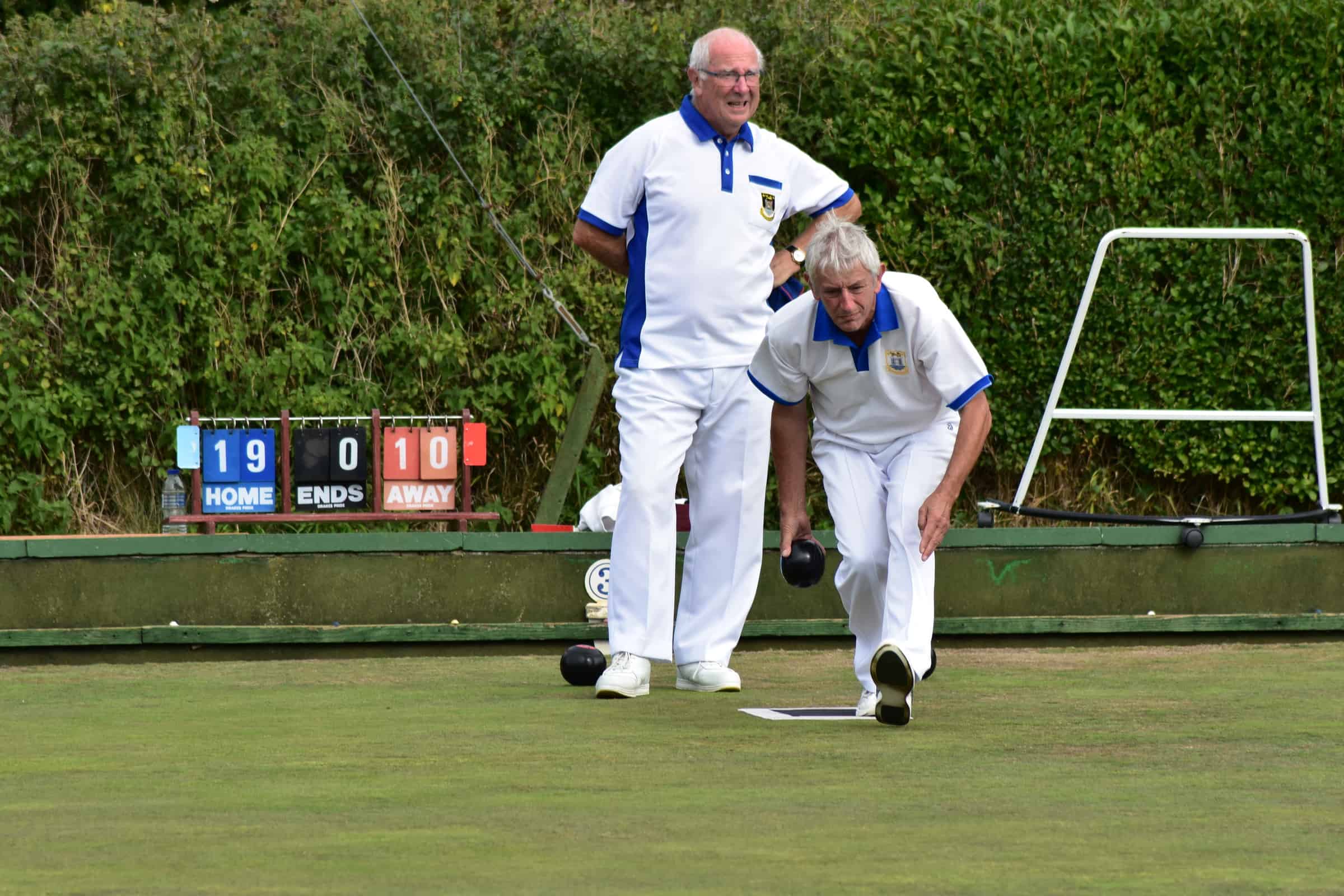 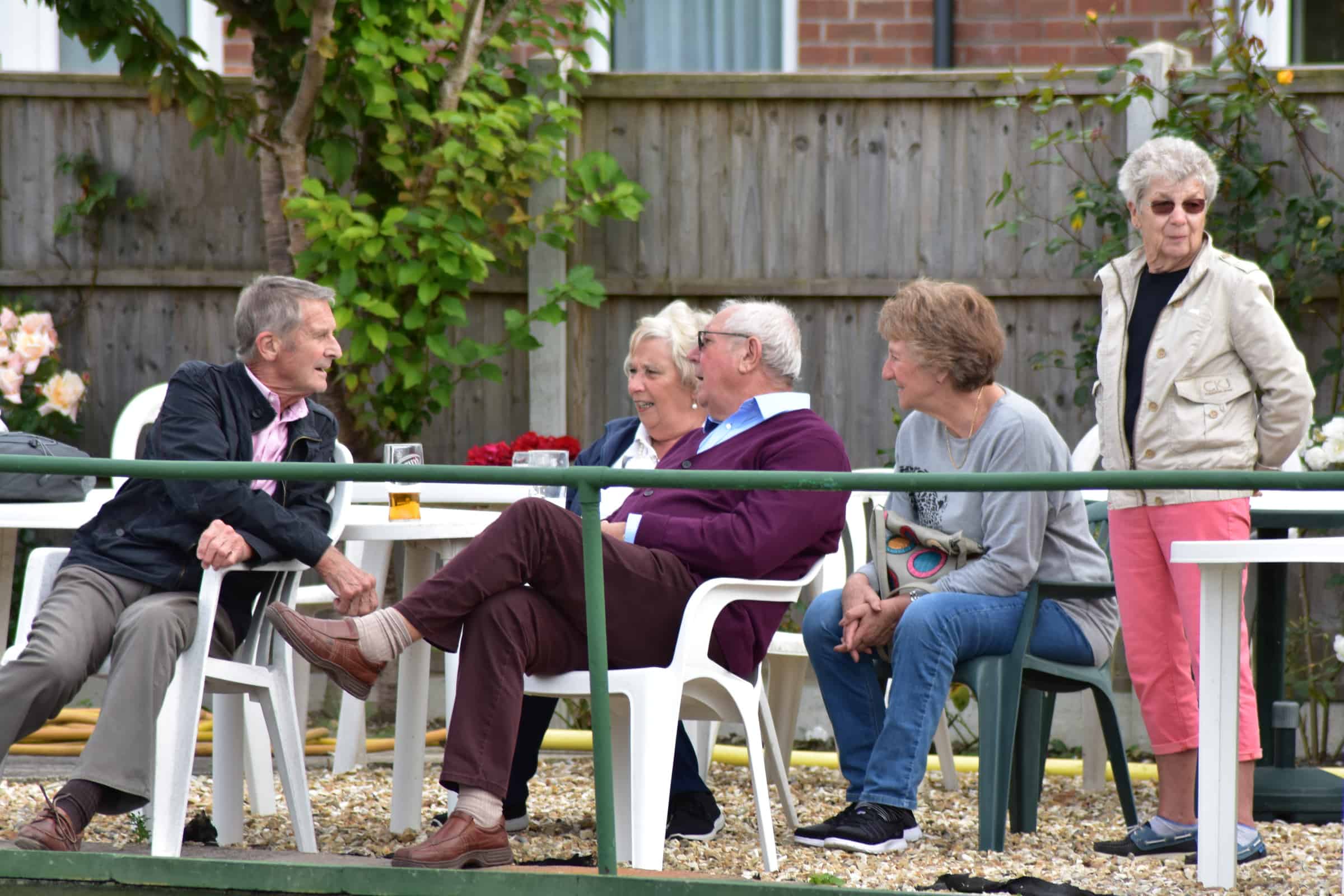 The fun day on Sunday 22nd July was in aid of the Youth Academy set up by Joy and Syd Steele of the Blandford Bowling Club.  This youth section has gone from strength to strength with Joy and Syd doing their best to encourage all bowling clubs to have a youth section.

Originally Bridport were expecting the youngsters to bring their training equipment and carry out a short demonstration before allowing the Bridport members to “have a go”.  Unfortunately due to the success of this young team, they were all engaged in competitions on that day so Syd was left to organise the day without their help.

You can see by the picture below that the members had a great time and thoroughly enjoyed working through the various disciplines/games which they found greatly helped their bowling skills.  The cream tea which followed was also much appreciated. 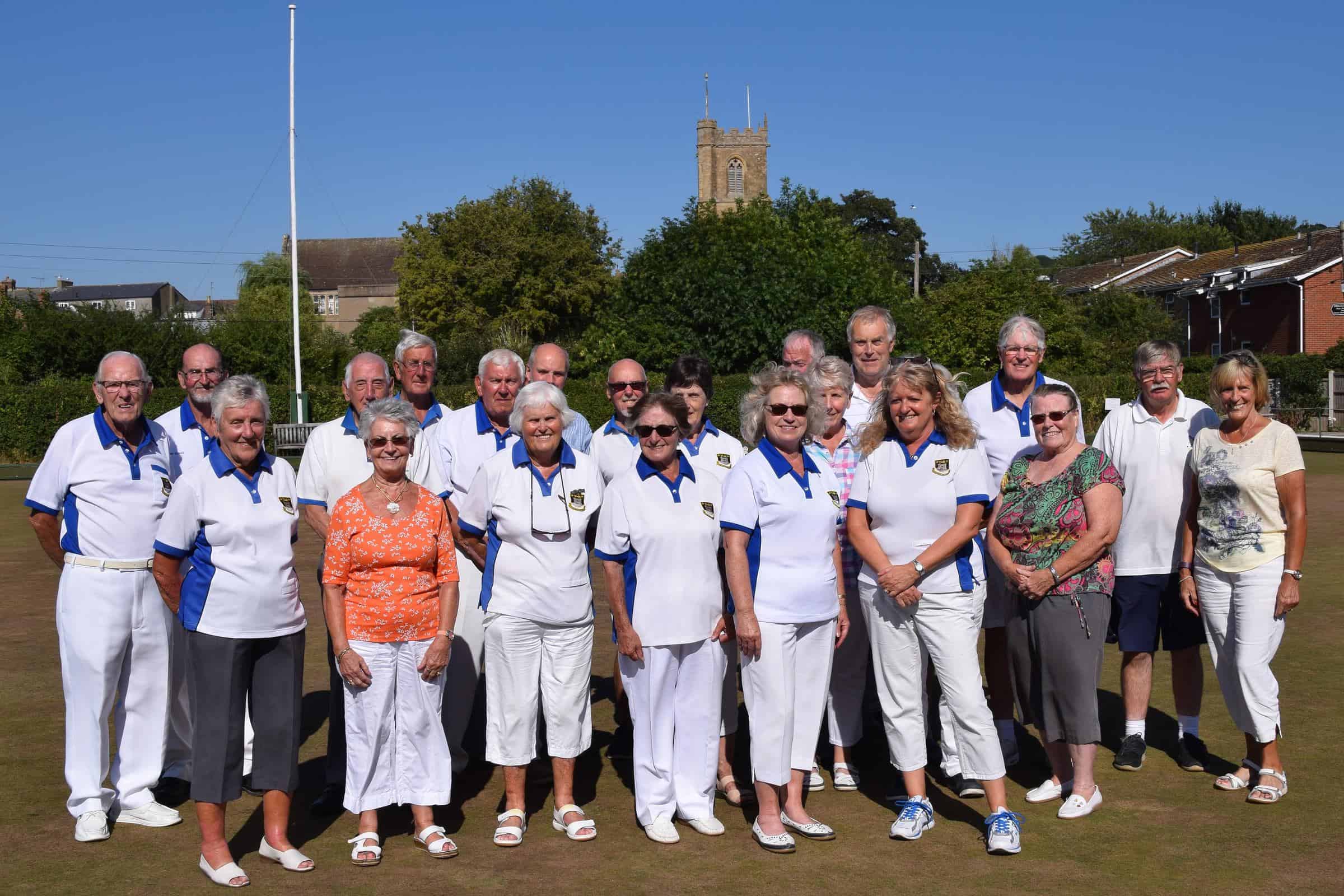 Bowling is a great sport for all ages and abilities.  The Bridport club is a very friendly club to belong to where members form a close bond and support each other not only when enjoying a game of bowls but in many other ways.

Should you be interested in learning how to bowl or simply would just like to give it a try, please do not hesitate to contact us through the website and we can arrange for you to visit at a time convenient to you.

Club Morning is on a Wednesday from 10.30 and you are always welcome to call in then for a chat.

Sunday 1st July was another fine day for the annual battle at the Club between the ladies and the gents.  Unfortunately on this occasion the “gents” were not very gentlemanly taking the honours on all five rinks.  The top men’s rinks was Bill Duthie-Jones, Michael Higman, Peter Scott and Mike Smith with Liz Kennedy, Carol Broad, Sheila Jones and Jill Willcox the top ladies rink.  All members contributed to a wonderful supper enjoyed by all. 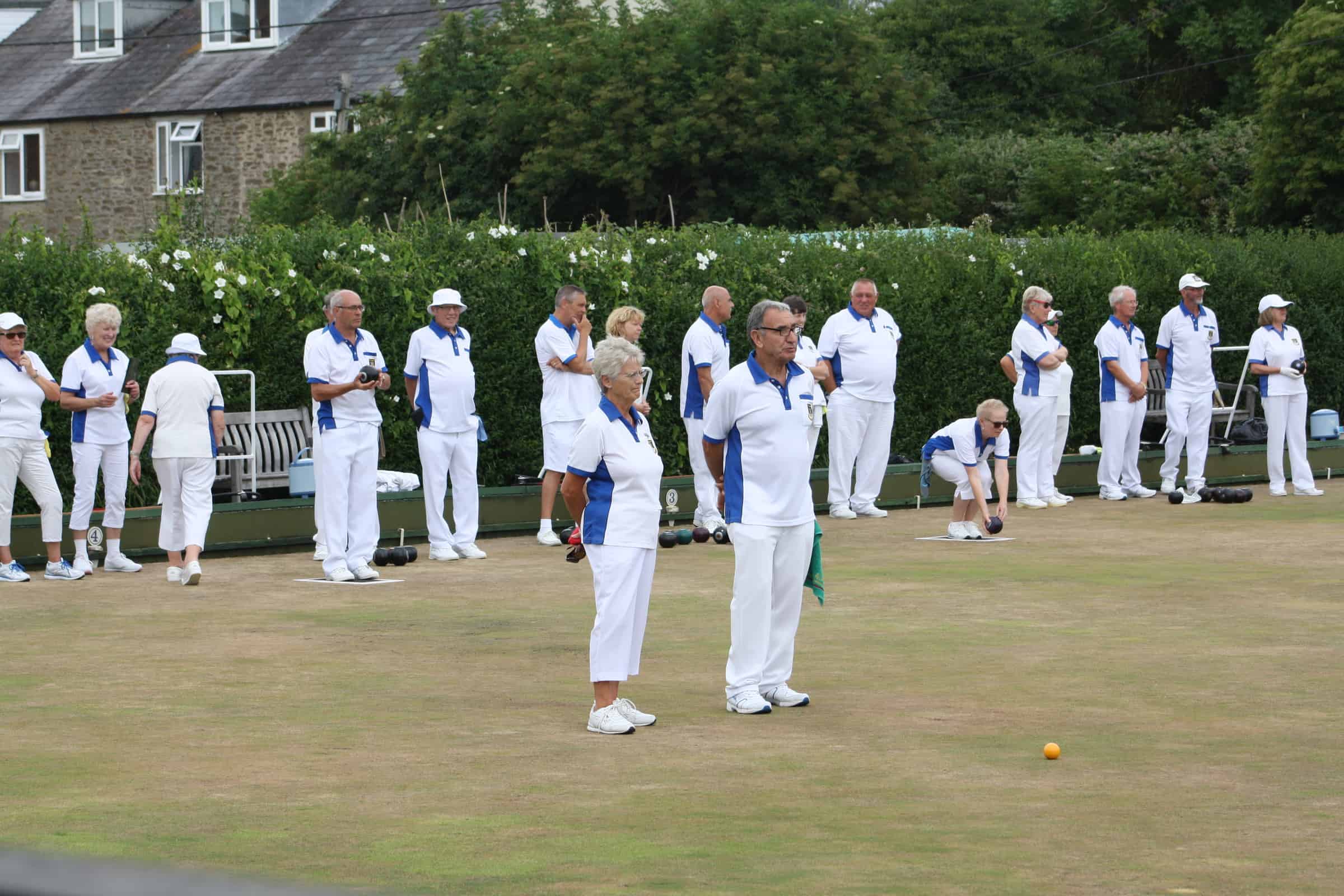 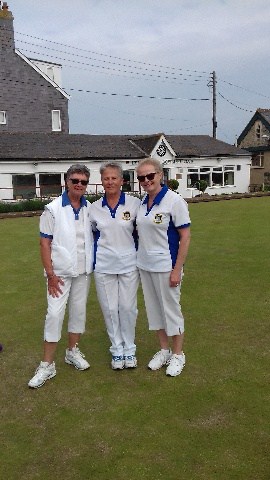 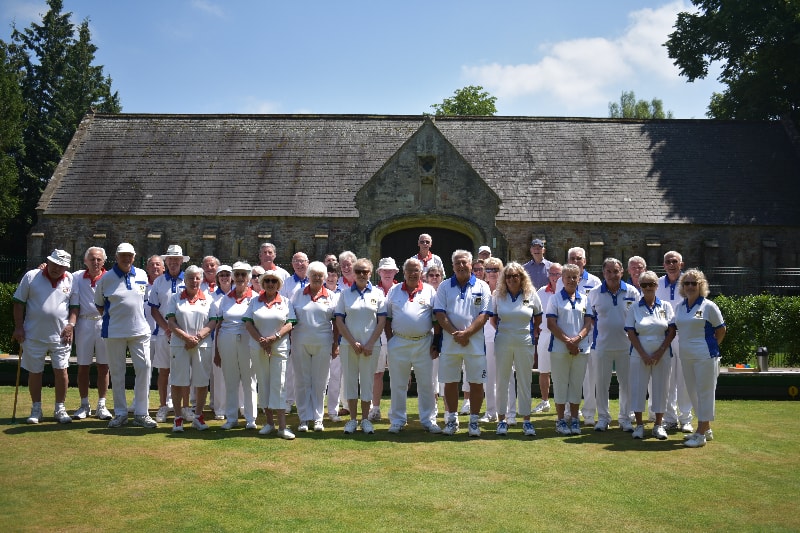 This week has been a busy week for Bridport Bowling Club with all the usual leagues and county competitions as well.

Wednesday proved to be a gloomy day with low cloud and persistent drizzle.  However this did not dampen Bridport’s spirits with a win for the ladies in the next round of Top Club and a win for the men in the Double Rink.

Pamela won the singles in Top Club by twelve shots giving the side an excellent start.  A win from Rosemary’s fours clinched the two disciplines for Bridport and enabled a win by shot difference.  It was a close game across the board, played in good spirits despite the weather.

The men followed on in the evening away to Greenhill in the Double Rink in equally foggy weather.  Both teams captained by Brian Rumble and Mike Solomon won in style with Bridport going forward to the next round again Lyme Regis.

Bridport men made  a good start in the first round of Top Club winning four of the five disciplines against Melcombe Regis.  Chris Thorne and Mike Smith had fine wins in the 4-wood and 2-wood singles respectively.  The pairing of Ben Jones and Bob Taylor had a runaway win and the fours captained by Brian Rumble also won with the triples led by Brian Conisbee losing by only one shot.  Good luck in the next round!! 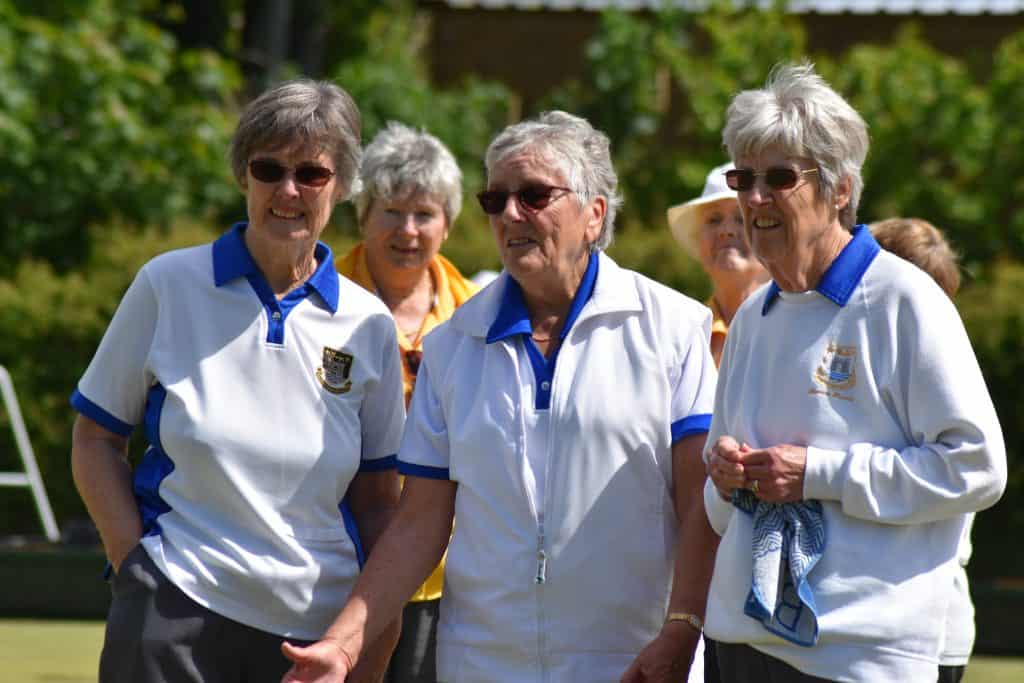 Click here for the latest club news
Scroll back to top